In such a multiracial society as the United States, residential segregation and racial diversity have been of great interest to researchers and policymakers. Traditionally, residential segregation and racial diversity are measured and summarized by single number indices (dissimilarity index, Theil index). Recently, researchers have turned more towards spatial analysis. Therefore mapping races have become more popular in demographic studies, but it is still not widely used. The limitation in incorporating maps in demographic studies can be due to limited access to free, ready-to-use resources of maps.

Majority of maps illustrating demographic data are choropleth maps. They divide the study area into US Census areal aggregation units (for example census tracts) and color these units to depict spatial variability of a demographic variable (for example share of particular race or racial diversity category). Choropleth maps suffer from low spatial resolution and from the modifiable areal unit problem. They are also restricted to the visualization role.

High resolution grids have a higher spatial resolution, don’t suffer from the MAUP, and double as visualization and data. Such data is in a format that allows for a more detailed analysis than the original census data.

Percentage maps show the spatial distribution of a particular race. Each unit (or cell in high resolution grids) is colored according to the share of people of a given race in an overall population in this unit.
In the census-based map, color is assigned to the aggregation units (i.e., census tract), creating a choropleth map; in the grid-based map, color is assigned to each cell (a square having the size of 30x30m for the SocScape project data).

Such a map can illustrate a distribution of a single race/ethnicity groups at the time; to show the racial composition of a study area, a set of maps is required.

High resolution grids that can be used to prepare percentage maps are available here.

Diversity/dominant race map shows a spatial character of the neighborhoods in a single, easy-to-understand map. Each category depicted by color indicates the level of diversity and a dominant race.
In the census-based map, color is assigned to the aggregation units (i.e., census tract), creating a choropleth map; in the grid-based map, color is assigned to each cell (a square having, i.e., the size of 30x30m).

Such a map conveys the most important information about racial geography, but it only indicates dominant race leaving identities of minority races unknown.

A racial dot map conveys the spatial distribution of a population density and the full racial composition in a single map.

In a dot map, each dot represents one person, and it is colored by their race. The dot is placed as close to the person's location as the data allows for in the census block-based map dots corresponding to people inhabiting a given block and are placed randomly within this block. In the grid-based map, dots are placed in a grid cell (having, for example, size of 30x30m). The difference is clearly visible where investigating the areas smaller than the entire city.

Grid-based racial dot maps for each county in 2010 are available here. 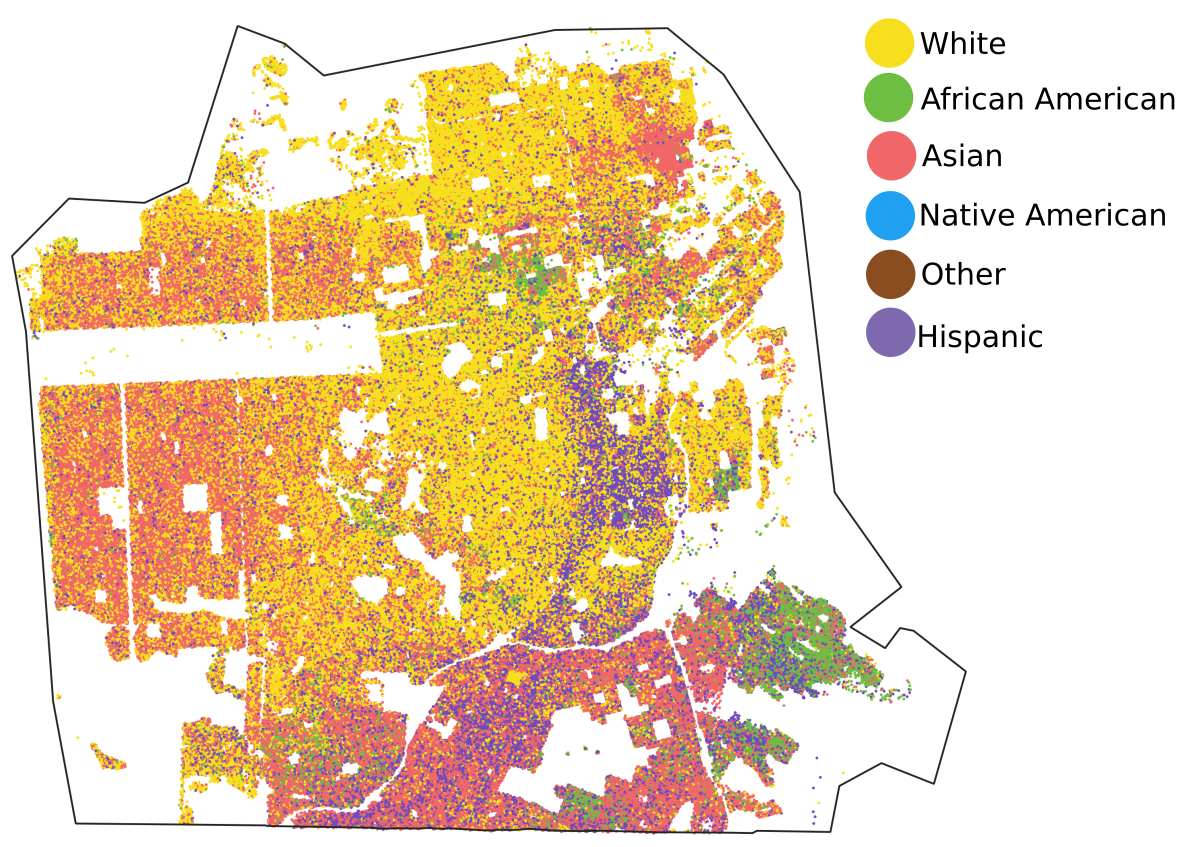 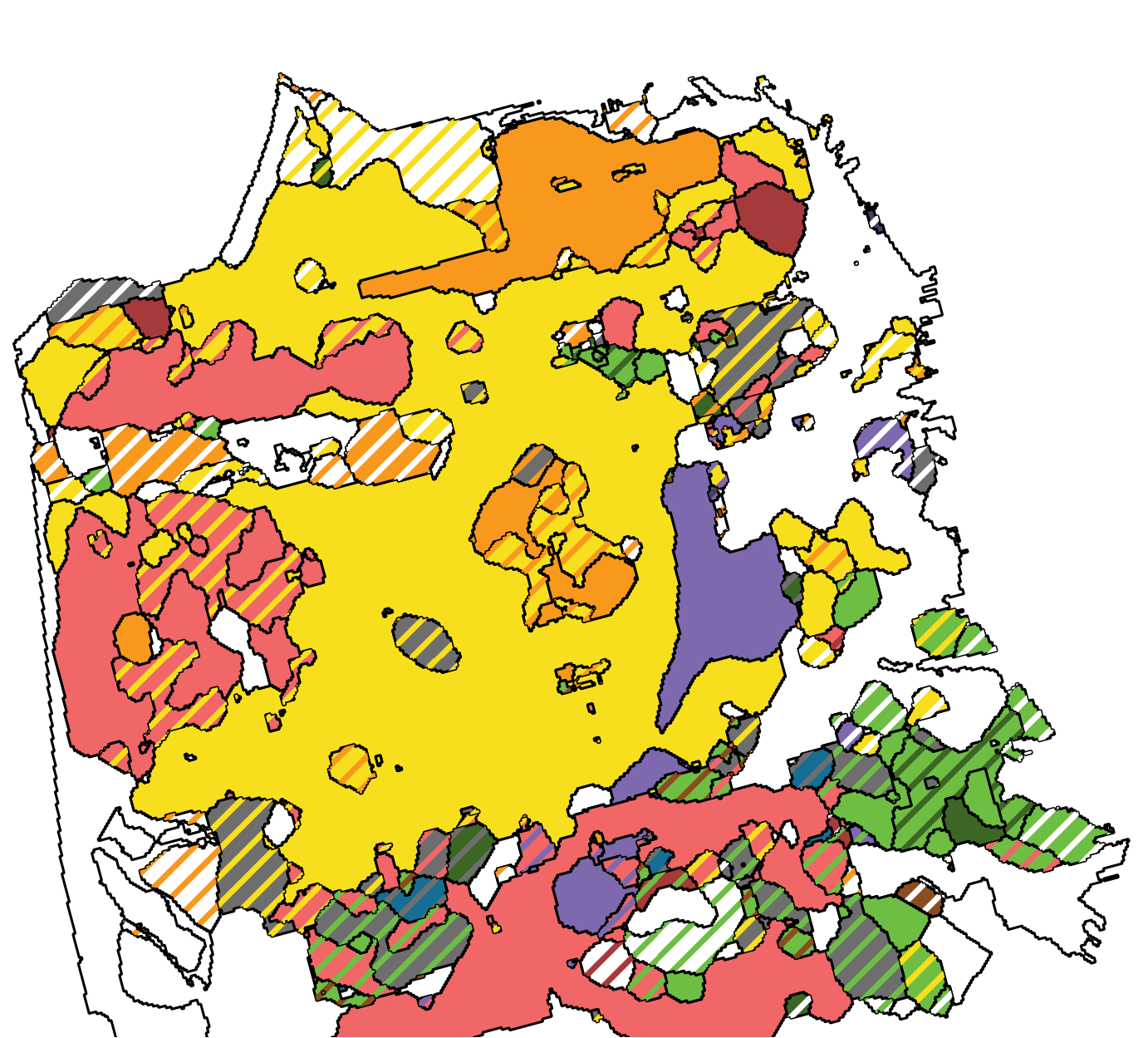 Fig. 4. Example of a map showing changes in diversity/dominant race between 1990 and 2000